Dit artikel is exclusief voor abonnees, maar we bieden het je gratis aan.
No one wants to be told they have a malignant brain tumour. There is never a silver lining to that particular cloud. The average life expectancy after diagnosis is little more than a year.

More years of life are lost to malignant brain tumours than to any other kind of cancer, Leuven University Hospital announced recently. This is due to the fact that many patients, children but also people in their forties and fifties, are suddenly wrenched from their active lives. Which is why so much hope is being placed in immunotherapy.

In recent years immunotherapy is being used more and more in cancer treatments as an alternative or addition to chemotherapy and radiation. Immunotherapy stimulates the patient’s own immune system to combat cancer cells. In Van Gool’s trials, therapeutic tumour vaccinations were tailored to the patient (which explains the high cost). Put in a nutshell, to make the vaccine certain cells are taken from the patient’s blood. Those cells are then treated in the lab with tissue from the patient’s tumour (which has already been surgically removed). The cells are then re-injected into the patient, in the hope that they kick-start the immune system into fighting the cancer cells.

Experts writing in professional journals point out that it is still not at all clear whether tumour vaccinations will ever become standard therapy for brain tumours. For other cancers, too, not a single tumour vaccine is licensed in Europe. Meanwhile, clinical trials of tumour vaccines are going on worldwide. But no one has yet come up with the hard evidence that vaccines save lives. 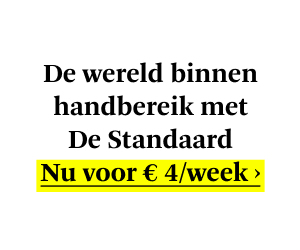