Your Majesty King Philippe, Prime Minister Di Rupo, I'm honored to be here today.  Thank you for welcoming me to this sacred place.  To the staff of Flanders Field Cemetery and the people of Belgium, thank you for your devotion, watching over those who rest here and preserving these hallowed grounds for all of us who live in their debt.

As His Majesty and the Prime Minister mentioned, we just spent some quiet moments among the final resting places of young men who fell nearly a century ago.  And it is impossible not to be awed by the profound sacrifice they made so that we might stand here today.  In this place, we remember the courage of “Brave Little Belgium.”  Here, we visited the grave of a young Polish immigrant to America who just a few hours into his very first battle gave his life for his adopted country.  And here, we saw the headstones of two men from Brooklyn, New York, who lay as they fought -- side-by-side.

Here, we also see that no soldier -- and no nation -- sacrificed alone.  I’m told that this is one of more than 100 cemeteries tucked into the quiet corners of this beautiful countryside.  It’s estimated that beneath about 50 square miles there rest hundreds of thousands of men -- Belgian and American, French and Canadian, British and Australian, and so many others.

We talked about how many of the Americans who fought on Belgian soil during the Great War did so under the command of His Majesty’s great-grandfather, King Albert.  And while they didn’t always share a common heritage or even a common language, the soldiers who manned the trenches were united by something larger -- a willingness to fight, and die, for the freedom that we enjoy as their heirs.

Long after those guns fell silent, this bond has endured.  Belgians and Americans have stood shoulder-to-shoulder with our European allies in World War II and through a long Cold War, then from Afghanistan to Libya.  And today, Belgium is one of our closest partners in the world -- a strong and capable ally.  And thanks to the extraordinary alliance between our two nations, we know a level of peace and prosperity that those who fought here could scarcely have imagined.

And so before visiting the cemetery, His Majesty, the Prime Minister and I were able to spend some time together.  I was very grateful for the opportunity.  It was a chance to reaffirm our commitment to keep as strong as they’ve ever been the bonds between our nations -- a determination that I know is shared by the American and Belgian people.

Here today, I’d also note that the lessons of that war speak to us still.  Our nations are part of the international effort to destroy Syria’s chemical weapons -- the same kinds of weapons that were used to such devastating effect on these very fields.  We thought we had banished their use to history, and our efforts send a powerful message that these weapons have no place in a civilized world.  This is one of the ways that we can honor those who fell here.

And so this visit, this hallowed ground, reminds us that we must never, ever take our progress for granted.  We must commit perennially to peace, which binds us across oceans.

In 1915, a Canadian doctor named John McCrae sat in the back of an ambulance not far from here, and wrote a poem about the heavy sacrifice he had seen.  They became some of the most cherished and well-known words from that war.  And they ended with a plea:

To you from failing hands we throw

The torch; be yours to hold it high.

If ye break faith with us who die

We shall not sleep, though poppies grow

What is lesser known is that three years after he wrote those words -- and thousands of miles away -- an American schoolteacher named Moina Michael read McCrae’s poem.  And she was so moved that she wrote a response:

Oh! you who sleep in “Flanders Fields,”

We caught the torch you threw

And holding high, we keep the Faith

With All who died.

Your Majesty, Mr. Prime Minister, thank you again.  What I’ve seen at Flanders Field will stay with me always.  To all who sleep here, we can say we caught the torch, we kept the faith, and Americans and Belgians will always stand together for freedom, for dignity, and for the triumph of the human spirit. 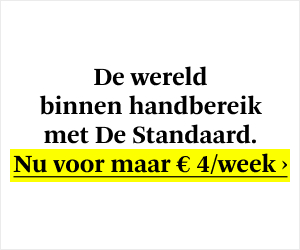